The RE/MAX Cape to Cabot Speaker Series - Terry Kelly: The Power of The Dream

Terry Kelly: The Power of The Dream

Athletics NorthEast, through the generous sponsorship of RE/MAX Realty, is pleased to announce Terry Kelly as keynote speaker for the RE/MAX Cape to Cabot Speaker Series taking place on Saturday, October 17, 2015 at 2 pm at the Marine Institute on Ridge Road in St. John’s.

Terry is a singer, songwriter, motivational speaker and lover of life. Many of you may recognize Terry as composer of A Pittance of Time, the powerful song and music video that circles the globe each November 11th paying tribute to veterans, peacemakers and heroes at home.

But many do not know that Terry is an accomplished athlete. Not only is Terry the third blind person in the world to run the mile in less than five minutes, he was also a member of the Canadian Track Team that competed in the 1980 Paralympics and has completed triathlons and countless road races including the 2015 Tely 10. In March 2014, he journeyed by horseback for two weeks in Argentina into the heart of the Andes as part of a vision quest documentary, ‘Blind Spot; Moments Unseen.’

From school classrooms to corporate boardrooms, from the recording studio to the pilot seat of an aircraft, Terry Kelly has been there and he uses his life experiences to touch the hearts of many and to motivate tens of thousands to overcome personal challenges and live their lives to the fullest.

Terry’s “The Power of the Dream” presentation is about individual triumphs, overcoming real or imagined disabilities and respect for oneself and others. Terry Kelly believes that it is important to consider mistakes as opportunities to learn. He is convinced that if we practice believing in ourselves and always do our best, more often than not, we can do anything.

Terry Kelly proves that a belief in oneself is the key that will open doors to a rewarding and successful life. In his keynote speech Terry will teach you how to transform challenges into gifts and how to use those gifts to help others. By the end of Terry’s address, Terry you will know how to eliminate: “I can't” and replace it with: “How can I?”

Terry Kelly’s love of life is contagious. So come along to hear his presentation. You don’t want to miss the story of six blind kids trying to round up loose chickens.

Join REMAX and Athletics NorthEast at 2 o’clock on October 17, 2015 at the Marine Institute Lecture Theatre. You’ll be glad you did.

The RE/MAX Cape to Cabot Speaker Series is free. Parking is also free. 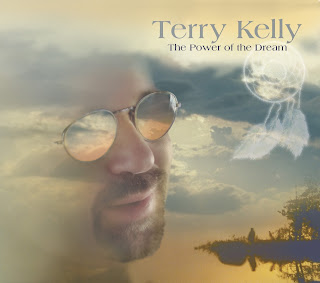